by JWF Staff on November 26, 2015 in Inspirational Heroes, Worldwide Violations 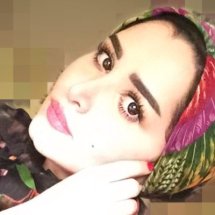 Sara Al-Drees, a 28-year-old Kuwaiti blogger and teacher, was arrested on dawn of 23 November at Kuwait International Airport upon arrival from overseas. Her arrest followed an arrest warrant issued against her by the public prosecution, after a lawyer had filed a complaint earlier this month claiming that Al-Drees insulted Prophet Muhammad on her Twitter account.

Al-Drees, who teaches high-school students about human rights, allegedly criticized on her personal Twitter account a controversial historic incident related to one of the Prophet’s wives, claiming that it is being used by ISIS as a justification to commit crimes:

“If you read the story of Safiyah bint Hayi, you would learn the truth about the Islamic State”

The blog al-Araby interprets the incident:

“Drees argued that the historical narrative of Safiyah bint Hayi, a Jewish woman whom the Prophet married the day her father, brother, and husband were killed in the Battle of Khaybar between Muslims and Jews, went against the true Islamic Sharia, and that it was being used by extremist groups, such as IS, to justify their crimes”

On 20 November, only three days prior to her arrest, Al-Drees posted on her Twitter account the statement: “Without freedom of religion, religion is a form of terrorism”:

Public prosecution released Al-Drees on a KD 1,000 bail and she later apologized for the “misinterpretation” of her tweets, claiming that she has done nothing wrong. The blogger is now facing charges of “Insulting the Prophet”, a criminal offence that is punishable in Kuwait by up to 10 years imprisonment with hard labour.

This is not the first incident where Al-Drees is being persecuted for expressing her opinions on social media. In July 2013, a Kuwaiti appeal court upheld a 20-month prison sentence on Al-Drees made by Kuwaiti criminal court over political comments that she posted on her Twitter account. The blogger’s tweets were deemed to be offensive to Kuwait’s Emir.

On her tweets, Al-Drees criticized the Kuwaiti government for its violent response to protests of local activists in October 2012. According to HRW report, Al-Drees tweeted:

“What’s taking place now is a shame on Kuwait’s history. Damn this era! The curse of Allah shall rest on the oppressors!”

In further tweets, Al-Drees criticized the ruling family and expressed her negative opinion about the Emir:

“He is a wonderful orator, telling us about an ideal society where an individual would sleep, without the fear of getting clamped down by someone who is a great placid actor before the cameras, and tyrant behind the scenes!”

In another tweet she bravely wrote about the leaders of Kuwait:

“This is sort of making fool of the people and treating them with disregard, as if they are all stupid and should not oppose the government. Hear and obey even if you were oppressed in broad daylight. The people are insulted throughout their own law”

In 2012, Kuwait’s parliament amended the Penal Code to allow the death penalty for blasphemy prosecution. The amendment was prompted by the case of Hamad Al-Naqi, who was charged with blasphemy over allegedly mocking Islam and the Prophet on his Twitter account, provoking sectarian violence and criticizing the leaders of several Arab countries.

In 2014, the Emir Sabah Al-Ahmad Al-Jaber Al-Sabah, rejected the death penalty amendment. However, the debate continues as the Kuwaiti parliament may yet change the decision with a two-thirds majority.

Al-Drees’ conviction in 2013 for exercising her freedom of expression stirred a wave of protest, including petitions  and campaigns that called for her release. Her current charges may restart the campaign, drawing the spotlight to the overall crackdown on freedom of expression in Kuwait.